From a four-day working week to World Environment Day 2022, June saw a host of environmental and social events. Here we take a look back at June’s highlights in the world of Real Estate and beyond.

The world’s biggest four-day work week trial began in the UK. Employees from 70 companies began working for the same pay for 20% less time, testing if it’s possible to maintain ‘five day week’ productivity. Joe O’Connor, Chief Executive of 4 Day Week – Global – global, said of the six-month trial – “More and more companies are recognising that the new frontier for competition is quality of life, and that reduced-hour, output-focused working is the vehicle to give them a competitive edge”.

Bucking the trend of many businesses who are embracing a move to a more flexible, hybrid or remote-first approach to their teams, Tesla chief Executive, Elon Musk told employees to return to office or ‘pretend to work’ elsewhere this month. Saying: “anyone who wishes to do remote work must be in the office for a minimum (and I mean *minimum*) of 40 hours per week or depart Tesla. This is less than we ask of factory workers.” His bold move is facing strong criticism.

June 5th marked World Environment Day #OnlyOneEarth, with official celebrations held in Stockholm. The event, a gathering of scientists, policymakers and others, saw a host of major policy announcements including one from host country Sweden to ban issuing new licenses for extracting coal, oil and gas from July 1st. The general consensus, however, was that more needs to be done to halt the damage being done to the planet.

Throughout June, we celebrate Pride month, and 2022 saw the milestone of 50 years since the first UK Stonewall riots. Pride was celebrated globally, with some striking installations. Notably the Crossrail Place, Reuters Plaza and the Riverside steps with abstract, geometric artwork, flags celebrating 50 years at #Broadgate (British Land, GIC), full decorations at #WembleyPark … And for the first time in history The Crown Estate commissioned 100 Pride flags to hang above Regent Street.

Why is Diversity, Equity and Inclusion Important for Sustainability?

Diversity, Equity and Inclusion If you had to choose one word to describe the workplace of today, what would it be?... read more

What is Diversity Marketing and how marketers can embrace it?

Diversity Marketing If there is one thing that has become clear over the last few years, it’s that the time to... read more 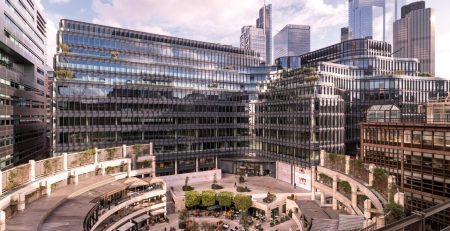 What is biophilic design and what are the benefits?

Put simply, biophilia is about bringing the outdoors in, using natural features and finishes to create an environment that boosts... read more 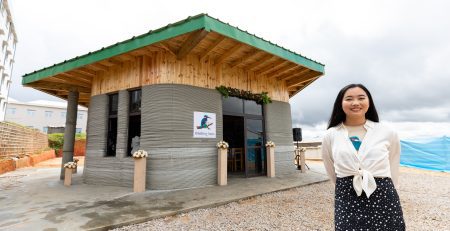 Could 3D printed construction be the answer to the global education gap?

Over 290 million students globally are prevented from attending school every year due to overcrowding, the distance to the nearest... read more

11 Amazing Offices That You Will Want To Work In

Given our recent musings on office design, we started to consider the places we’d most like to work.   Finding a job... read more

The Buzz makes the Mental Health at Work Commitment

You can find out more about which cookies we are using or switch them off in settings.

This website uses cookies so that we can provide you with the best user experience possible. Cookie information is stored in your browser and performs functions such as recognising you when you return to our website and helping our team to understand which sections of the website you find most interesting and useful.

Strictly Necessary Cookie should be enabled at all times so that we can save your preferences for cookie settings.

If you disable this cookie, we will not be able to save your preferences. This means that every time you visit this website you will need to enable or disable cookies again.

This website uses Google Analytics to collect anonymous information such as the number of visitors to the site, and the most popular pages.

Please enable Strictly Necessary Cookies first so that we can save your preferences!